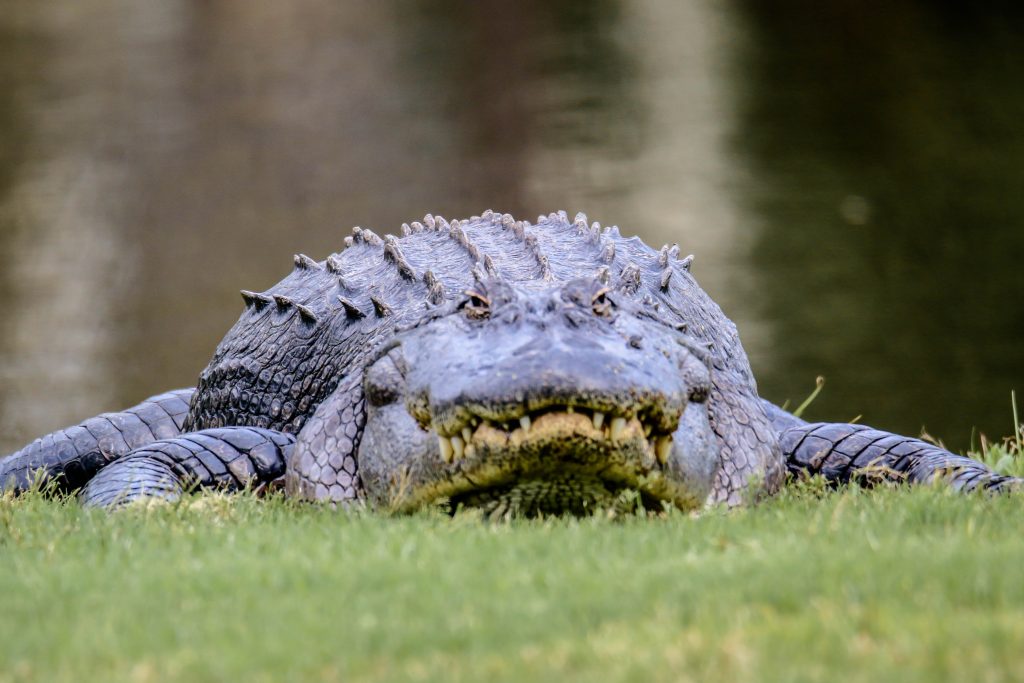 Mating season is from late April to June. During this time, they are likely to wander through lagoons as they search for a mate. In the evening or through the nights, males “bellow” as he tries to attract a female.

After a courtship in which the male claims a territory and courts a female, the female lays between 20-60 eggs near a body of fresh water and covers them with trees branches, leaves, and other vegetation. 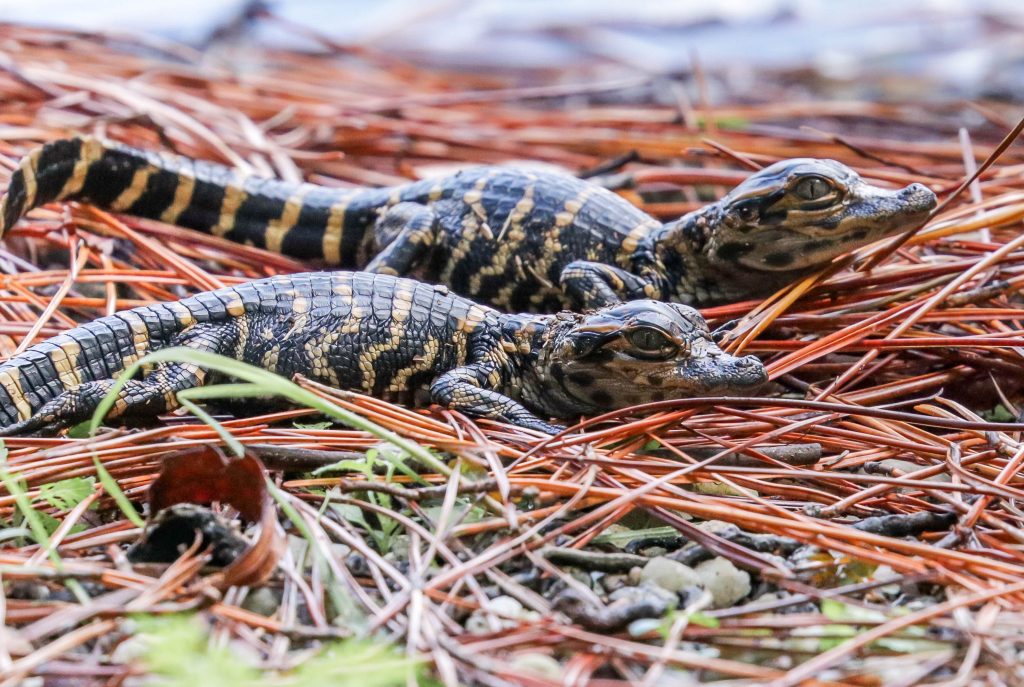 Be aware of your surroundings because they are not easily spotted. Because female alligators are very protective, never come between a mother alligator and her nest/young. You will immediately be considered a threat. Alligators aren’t hardwired for aggressive behavior toward humans unless they perceive a threat.

Eggs typically hatch in August or September. The young remain with the mother for up to a year and are defended by her against predators like birds and humans. 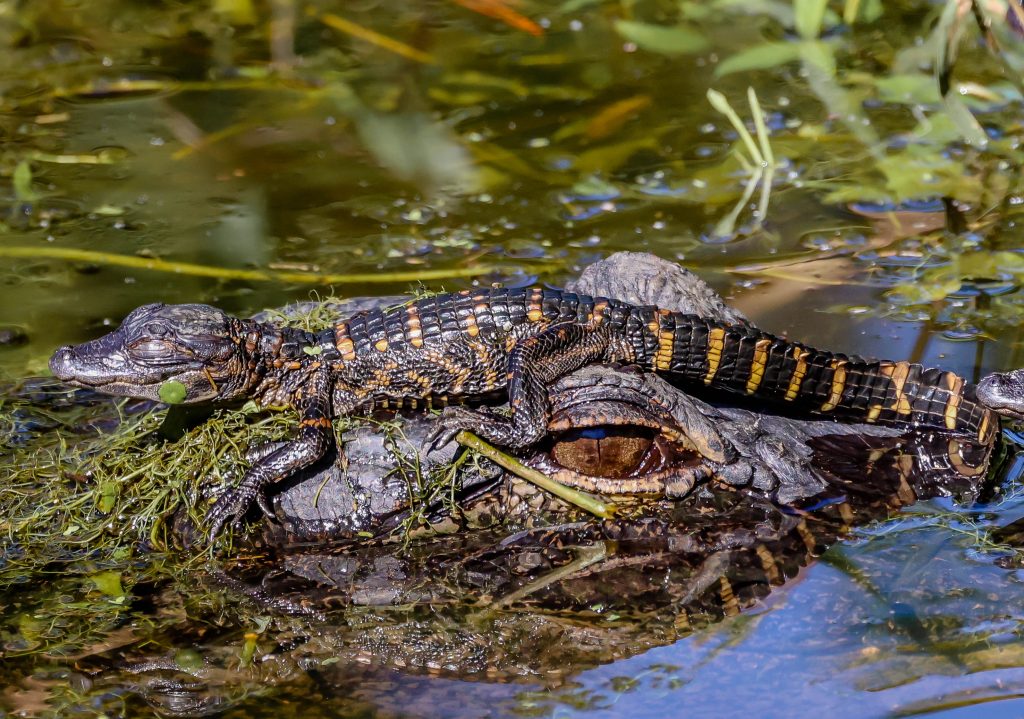 Hatchlings need all the help they can get because their survival rates are dismally low. Eighty to ninety percent of the hatchlings will end up being eaten by a other wildlife or even a mature gator. 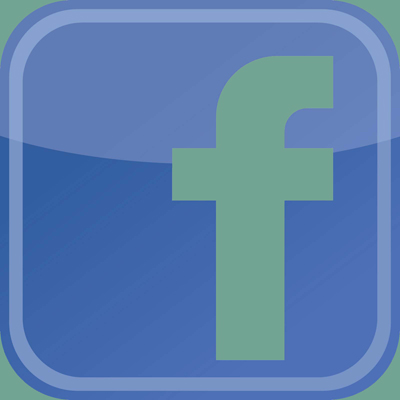 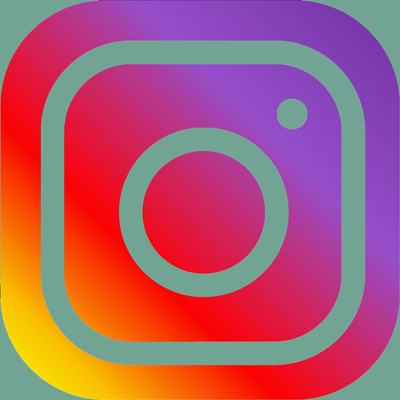