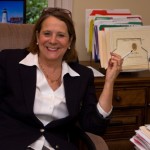 I was born and raised in Haddonfield, New Jersey, a small town outside of Philadelphia. As the youngest of four, I had developed a sense of humor and a strong sense of competition, which probably helped prepare me for my current job. Upon graduating from Dickinson College, I moved to Hilton Head determined that I wanted to carve out my own identity. My arrival in 1974 was not seamless.

Hired to work for Sea Pines, I arrived only to find the man that had hired me had been released in the ’70s lay off from Sea Pines. My teaching certificate was not reciprocal in two states, and South Carolina was one of them so I needed to scramble for a job. I worked as a receptionist for an insurance company and then spent 7 years teaching school at a local private academy. Making an exorbitant $5,000 a year, I was forced to look for a new career and ended up as a property manager. Property management is what I have done ever since including working with Shipyard since the 1980s. I also have had a South Carolina Real Estate License since 1980 and am a member of the Board of Realtors.
I am married to David Warren, who is in advertising, and we have one son, David Jr. who lives in Charlotte with his wife Insley and baby daughter Harper. As a family, we love sports especially tennis, family gatherings, and a good laugh. My husband says I am a division one worrier and have kept every piece of paper that ever crossed my desk. So stop in some time, you might be able to see me behind the stack of files. My goals are to make Shipyard a premier community and to take time to stop and smell the roses along the way. 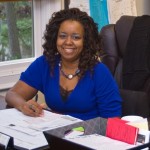 I am from Savannah but lived many of my formative years in New Brunswick, NJ. I am a graduate of Bennett College, in Greensboro, NC where I majored in English and Business Administration. I worked in Human Resources at Savannah State University right after graduation and also began work on my MBA at Georgia Southern University. Just shy of a year later, I came to work here at Shipyard where I have recently celebrated 20 years. I recently completed the final coursework phase of my Ph.D., and now preparing for the oral defense.

I currently reside in Pooler, GA., where I recently became an empty nester. My son, Noah, is just about halfway through the BSN program at Georgia Southern University. He hopes to become a nurse practitioner in the future.  Considering my work and school load, I do not tend to have too much free time. However, I am a huge sports fan. I am a loyal supporter of the Dallas Cowboys, the Georgia Bulldogs, and the Miami Heat. I also enjoy traveling to just about anywhere, and I have a personal goal to visit the 50 contiguous US states by 50. I am also an avid reader and I journal daily.  I truly enjoy learning whatever I can about different places, cultures, and religions. I love a good debate, especially when it comes to politics and current events. I am a licensed Realtor but plan to stay inactive for the time being. And in the fall, I will begin teaching online master’s level classes part-time.  I am excited about this new challenge. Being active in my community is very important to me, so I volunteer through my Junior League and local sorority chapters. I also serve as President of my local college alumnae association. In short, I have a very busy life but I try to enjoy every single minute of it.

Originally from Chicago, I joined the United States Marine Corps and enjoyed being stationed in various locations to include Okinawa, Japan, and Southern California. During my career, I married and had three beautiful daughters. Following 26 years of service to our country and retiring as a Master Sergeant, I relocated to the Beaufort County area. After enjoying one year of retirement, I found that I was not ready to slow down completely and decided to pursue another career. I joined the Shipyard Security team in the fall of 2012. In my spare time, which I never seem to have enough of, I enjoy coaching girls’ basketball and playing golf.